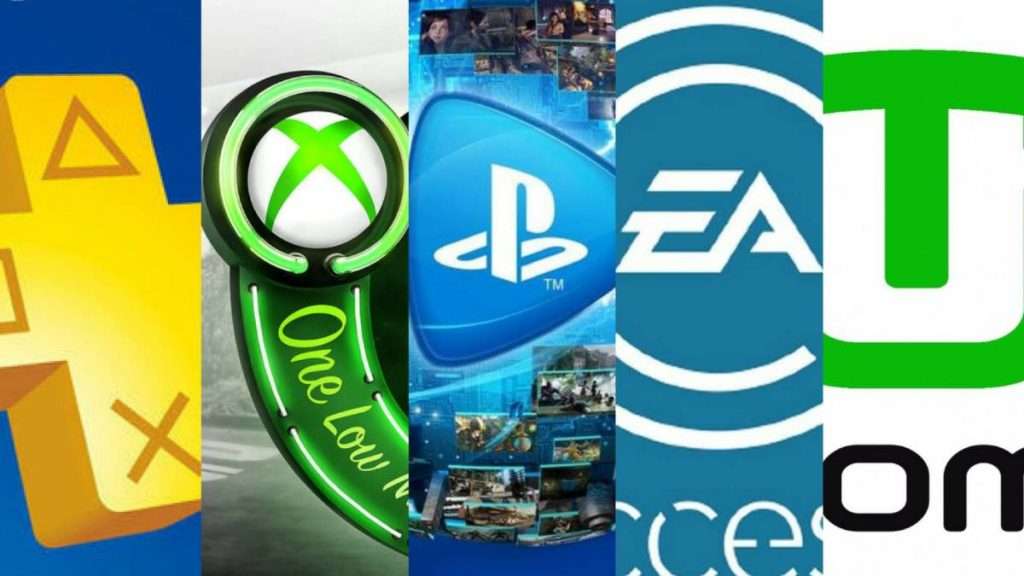 There are a lot of gaming subscription services available nowadays, and it can be hard to decide which one is right for you. It really depends on what kind of games you like to play and how much you’re willing to spend.

We’ve created this short guide to help you decided which platform works best for your needs. In this article we’ll cover:

If you’re a fan of Xbox, then Xbox Game Pass is definitely the way to go. Get an Xbox Series X or Xbox Series S console, plus 24 months of Xbox Game Pass Ultimate, starting at £20.99 a month for 24 months with no upfront cost. If you have an Xbox One, you can even download some of the games to play offline. Join now to get your first month for £1. Subscription continues automatically at the monthly price unless cancelled through your ScribePay virtual card or Microsoft account.

PlayStation Now is a great gaming subscription service for PlayStation fans. The essential package starts at £6.99 per month and the premium starts at £13.99 per month. You get access to over 700 games, including some of the most popular titles. You can also rent individual games for a shorter period of time if you’re not interested in subscribing to the service. Check out our subscription guide on PlaystationPlus for more details

Nintendo Switch Online is the required gaming subscription service if you want to play most Nintendo Switch games online. It’s only £3.49 per month or £17.99 per year, and it comes with a few other perks like discounts on digital games and access to a growing library of classic NES and SNES titles. Join now to get a 7-day free trial. Subscription continues automatically at the monthly price unless cancelled through your ScribePay virtual card or Nintendo online account.

According to Apple’s own website, Apple Arcade is a gaming subscription service that:

At only £4.99 a month with a one-month free trial, it’s a no-brainer for mobile gamers—especially those that love lesser-known, indie developers with unique and highly creative take on adventures and cult classics.

Previously known as EA Access on consoles and Origin Access on PC, EA Play is a new gaming subscription service from Electronic Arts that allows you to play over 90 games for free. While the majority of the titles available are sports simulations from previous eras, you can also find newer games from popular IPs such as Star Wars, Mass Effect, Dragon Age, Need for Speed, Battlefield, Plants vs. Zombies, and more.

This makes it a great choice for anybody who has missed out on any of the previous series or wants to go back and experience them for less than their combined retail cost. The EA Play subscription costs £3.99 per month, but you can get six months for free if you sign up for the whole year for £19.99.

There’s also a “Pro” tier gaming subscription service for PC that costs £14.99 per month or £89.99 (44% savings) for an entire year, and which includes several added benefits. In the digital store (formerly known as Origin), EA Play Pro members get a 10% discount (previously called Origin), early access to certain games (up to 5 days before they release), and access to a rotating selection of first and third-party games through The Vault.

GeForce Now is a gaming subscription service that allows you to play games on low-spec PCs, Macs, Android devices, and Nvidia Shield TVs if you don’t have high-end gaming hardware. Because of the amount of internet bandwidth and speed necessary, the outcomes you get will be influenced by your connection quality.

In contrast to similar services like Google Stadia, the GeForce Now gaming subscription service does not offer a game library but instead offers a selection of free-to-play games such as Destiny 2 and Fortnite. It might not be worth it for you unless you intend on bringing your own digital games, therefore

The reason we like it over Stadia or even Shadow is that it has a low-cost barrier to entry. GeForce Now’s ‘Founders’ plan costs £8.99 per month and includes a 90-day free trial. Founders have first dibs on Nvidia’s servers and may stream games with RTX ray-tracing for up to six hours at a time. If you don’t want to use the ray-tracing, Nvidia offers a ‘Free’ tier for one-hour sessions.

If you’re looking for a more comprehensive gaming experience, then you might want to consider Xbox Game Pass. For £20.99 per month, you get access to over 100 games on Xbox One and Xbox Series X|S. You also get perks like discounts on digital games and in-game content.

PlayStation Now is another great option for PlayStation fans. For £6.99 per month, you get access to over 700 games, including many PlayStation exclusives. You can also download some games to your PS4 to play offline.

Overall, gaming subscription services can definitely be worth it if the library of games and price is good. So take a look at what each service has to offer and see which one is right for you. 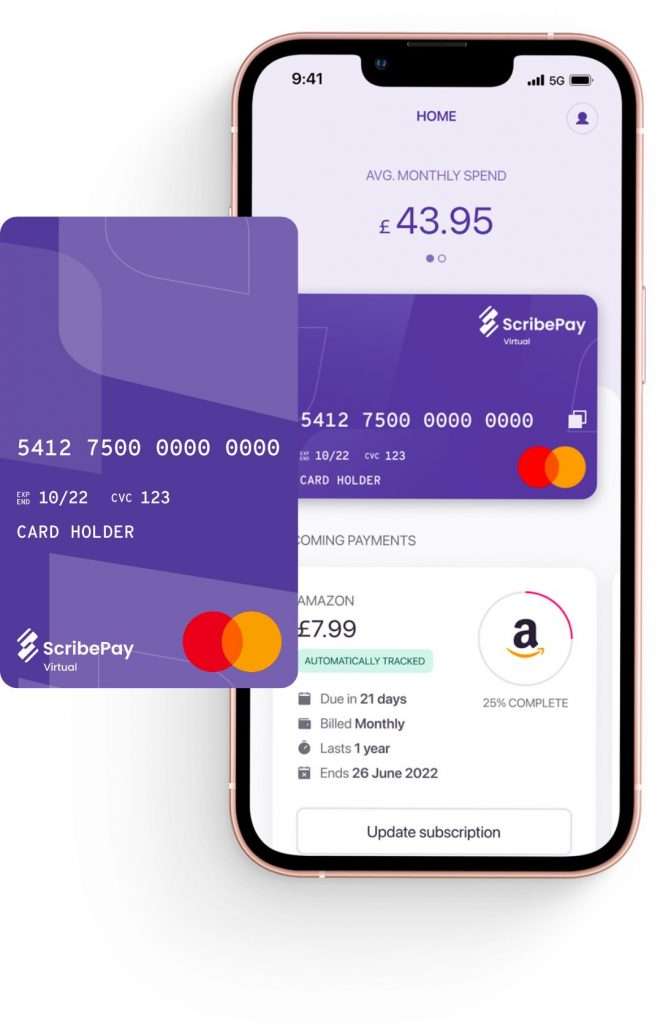 Never Be Charged Without Your Permission Again

Get the ScribePay app today and join people from all over the UK taking back control of their subscriptions.
Get the App

Download the ScribePay app on iOS or Android and join people from all over the UK that have taken control of their subscriptions. 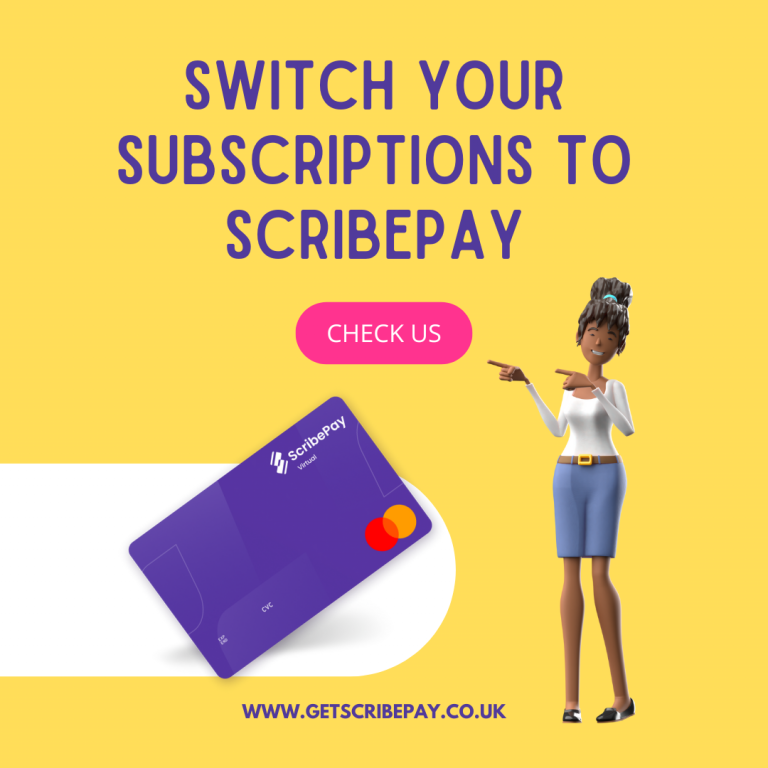 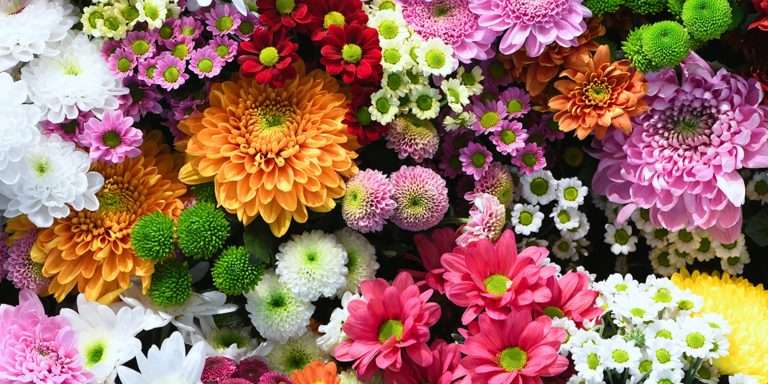 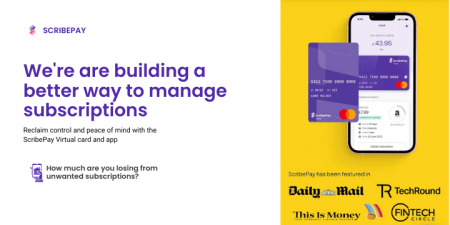 Building a better way to manage your subscriptions

We are proudly supported by

© 2022 ScribePay Ltd. All rights reserved. All trademarks displayed on this website are held by their respective owners.

The ScribePay app is provided to you by ScribePay Ltd, a private company limited by shares incorporated in England (company number 12776732) with registered office address is at 9 Perseverance Works, Kingsland Road, London, England, E2 8DD​.
​
We provide payment services and accounts that will allow customers to store, transfer or pay with their funds.
​
Mastercard is a registered trademark and the circles design is a trademark of Mastercard International Incorporated. This card is issued by Transact Payments Limited pursuant to licence by Mastercard International Incorporated. Transact Payments Limited is authorised and regulated by the Gibraltar Financial Services
Commission.

Manage Cookie Consent
To provide the best experiences, we use technologies like cookies to store and/or access device information. Consenting to these technologies will allow us to process data such as browsing behaviour or unique IDs on this site. Not consenting or withdrawing consent, may adversely affect certain features and functions.
Manage options Manage services Manage vendors Read more about these purposes
View preferences
{title} {title} {title}
Menu
Get the App